AN environmental clean-up of communities left reeling from the devastating floods in KwaZulu-Natal earlier this year has yielded positive results, including the collection of a whopping eight tonnes of polyethylene terephthalate (PET) plastic, which has been recycled.

Among the major clean-up efforts in the province has been one driven by South Africa’s foremost plastic producer responsibility organisation, PETCO, which recently wrapped up. It was thanks to funding from The Coca-Cola Foundation (TCCF) and implementation assistance from PETCO’s partners.

Following the floods, PETCO approached the foundation with a proposal which focused on extracting PET plastic debris from the environment. The PET plastic had washed down waterways and was blocking sensitive and critical access routes in the four communities at the epicentre of the floods – Phoenix, Inanda, Ntuzuma and KwaMashu.

The floods, which caused an estimated R17 billion in damage and displaced around 40 000 people, destroyed the sanitation infrastructure in the province, with solid waste dislodged from dumpsites and landfills creating a serious health risk for communities.

The foundation granted funding of R4.9 million. The grant stipulated that the project be implemented over two months and that three tonnes of post-consumer PET be collected.

PETCO, together with its collection partners Tri-Eco, Re-purpose and Green Corridors, not only stuck to the implementation deadline, but overshot the PET plastic collection target with a total of eight tonnes collected and transported to recyclers for processing.

PETCO CEO Cheri Scholtz said it was thanks to strategic and entrenched partnerships that campaigns such as this were successful and made a real difference in affected communities.

“For the past 17 years, PETCO has served its members by growing the collection and recycling of PET bottles, while supporting their environmental and social objectives,” said Scholtz.

“Our key objective is to keep members’ packaging out of the environment where it does not belong, and to help build cleaner communities. What better way to leverage our partnerships than to alleviate the devastation that follows a natural disaster such as this?” 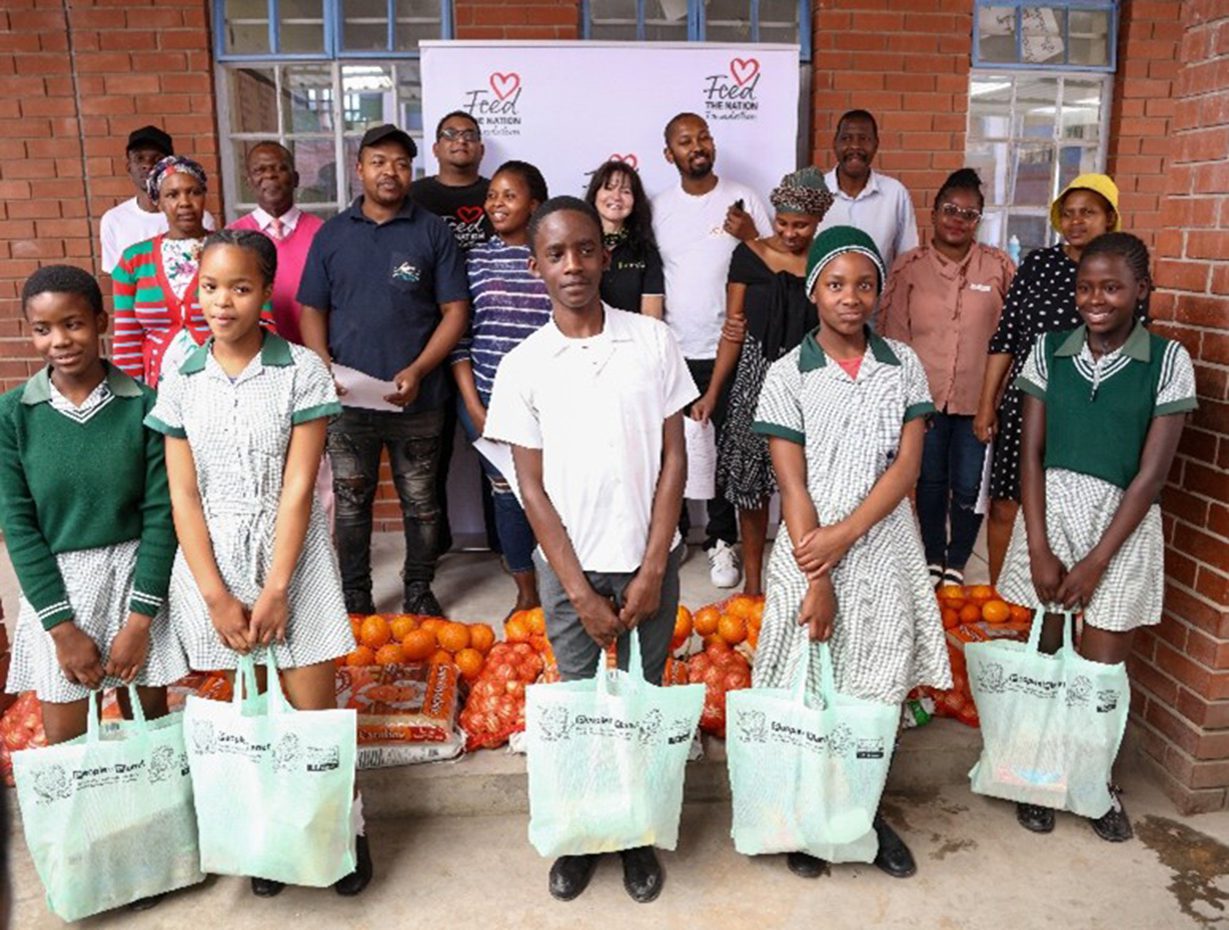 Speaking on the clean-up, president of The Coca-Cola Foundation Saadia Madsbjerg said: “Our hearts go out to the displaced KwaZulu-Natal residents and their families. When we were approached to help clean up the floods which had blocked critical pathways for rescue personnel to get it, we were compelled to act quickly.

“We are glad that the much-needed recovery is underway, and we are happy to continue to support the resilient efforts of the KZN community to get back on its feet.”

In informal settlements in Phoenix, along the KwaMashu stream and in the Piesang River, Tri-Eco Tours and Green Corridors installed four “litter booms” – floating barriers designed to tactically prevent litter from continuing to float downstream.

“The booms are really effective in areas where there are settlements but no municipal waste management system, and only take seven days to install,” said Tri-Eco Tours and Green Corridors litter boom co-ordinator Siphiwe Rakgabale.

A mini materials-recovery facility where the waste trapped by the litter booms is recovered, sorted, weighed, and stored for transportation to recyclers was also set up.

Any non-recyclable materials are sent to the KwaMashu Materials Beneficiation Centre for beneficiation into products such as pavers, curb stones and paper boards.

The grant funding also saw PETCO provide Re-purpose – an established recycling buy-back centre in Pinetown – with a recycling collection and transport trailer as well as a two-month transport subsidy.

The funding also assisted nine schools, a community hall and a child welfare centre which had been affected by the floods. The support included installing 10 000-litre rainwater tanks and mobile toilets, providing refrigerators and food parcels, and other necessary items such as school exercise books.

“PETCO and its partners, Pick n Pay, Feed The Nation and Do More Foundation, came to the rescue with grocery hampers for every family in our school community, many of whom lost almost all their possessions,” said Anitha Gopalsamy, Rockford Primary School principal.

“Then, when flood-induced water outages occurred, PETCO installed rainwater harvesting tanks and portable toilets. We’re still receiving messages of thanks from the community.”

A further 10 000 hot meals were delivered to 3 000 beneficiaries, largely from child-headed households.

“Collaboration is key. Without our implementation partners none of this would have been possible,” Scholtz said.

PETCO has almost two decades of experience in effective waste management and recycling in the post-consumer PET recycling and sustainability space.

PETCO uses member-generated funds to invest in the collection and recycling value chain. Its activities enable members to assume Extended Producer Responsibility (EPR), taking responsibility for PET products across their entire life cycle, which is now mandatory in South Africa.

Already logged in? Join us on the discussion forum.